Moving to Melbourne – The ultimate guide for expats

Melbourne has become the place to be for those looking for a new life Down Under. Job opportunities, excellent educational facilities and, of course, a buzzing social scene; expats who had previously laid roots in other parts of Australia are now flocking to Melbourne.

You may have heard that Melbourne has been named the most liveable city in the world for the fifth year running. According to the Economist Intelligence Unit, the Victorian metropolis is the most sought after location on the planet in 2015. We highlighted some of the reasons why the city is held in such high regard in our most recent blog post, and now we’re going to explain in a little more detail why expats should consider moving to Melbourne and what they need to do to make their move as smooth and seamless as possible.

Can I afford to live in Melbourne?

Of course, cities in general can be more expensive than the suburbs and more rural locations. That doesn’t mean, however, that Melbourne is an unaffordable place to live.

Despite the constant growth in the city, Mercer has discovered that the cost of living has actually gone down in comparison to other popular urban hotspots around the globe. Melbourne currently sits in 47th spot, down from 33rd last year. A dramatic difference and further proof that talk of Australia’s main cities being too expensive is often vastly overblown.

According to the latest Domain Group rental report, the median asking price to rent a house in Melbourne has increased by 2.5%. However, we must take into consideration that this is normal for a city that has become so popular. Over the March quarter, the average price went up to $390 a week, which is still considerably cheaper than many other major cities around the world, such as London.

If you’re a particularly savvy saver, you may be interested in property on the outskirts of this glorious city. An incredibly easy place to navigate, the public transport network is already excellent and plans are afoot to improve it further. You can catch the bus, tram or boat to work and did we mention pedestrians have right of way? Your commute to work certainly beats being stuck in rush hour traffic, or the tube, so you can afford to live a little further out if needs must.

Thinking about a gap year in Melbourne?

It sounds a little cheesy, but Melbourne could be the perfect escape for you to find yourself and figure out what path you want to take in life. We see many young people flock to the city each year to take a break from the norm.

Learning about yourself and experiencing a new way of life comes easily in Melbourne, due to its rich culture. An accepting community, you may find that you stay here a little while longer than you originally intended!

It’s common to find many jet-setters moving to Australia for a gap year during studies or before committing to one degree. Who can blame them? The feel good lifestyle and glorious sun is the perfect setting to sit back and ponder your future, but what happens if you become a little attached?

If you’re already in the country travelling, you might want to consider studying in Australia. After all, we do have some of the best universities in the world, according to the Shanghai Jiao Tong Index. This prestigious list has recognised The University of Melbourne, Australian National University, University of Queensland and The University of WA in its Top 100 global list.

Despite the wide choice and high standard of educational institutions across the board, Melbourne is a particularly popular choice among students. The QS Best Student Cities Index ranked Melbourne as the second best city to study in the world. Overtaking Sydney and behind only Paris in the list, Melbourne has been recognised for its rich culture, great social scene and fantastic opportunities for students.

These statistics also highlight how fantastic it would be to raise a family in the city. If you’re a parent who dreams of a better life for your children, Melbourne could have the answer. Getting them used to the Australian education system from an early age will give them an excellent head start, so why not explore your options today?

As you’d expect from the world’s most liveable city, there are no shortage of job opportunities in Melbourne.

Of course, certain areas of Australia have particular skills shortages that need to be filled with experienced foreigners. Melbourne is the same as the rest of Australia in that if you have a certain expertise that is desperately needed, the chances of you securing a job in the city are greatly enhanced. You can find a full list of skills shortages in Australia on our government website.

In Melbourne, there is currently a particularly strong demand for trained nurses. If nursing is your passion, we need you! The average working week for a nurse is 35 hours, leaving you plenty of time to explore all that Melbourne has to offer.

These are the basic entry requirements for any nursing role in Australia. Failure to provide documents on time could cause a hold up with your application, and this could affect the outcome. Contact our expert Melbourne-based migration agents for more advice on visa applications and to learn more about how to find work in the city.

It’s not just the public sector that needs help from non-Aussie nationals, you’ll find a whole host of jobs just waiting for the right candidate to touch down at the airport. From child care professionals to software engineers, you’re sure to find your feet with our help. 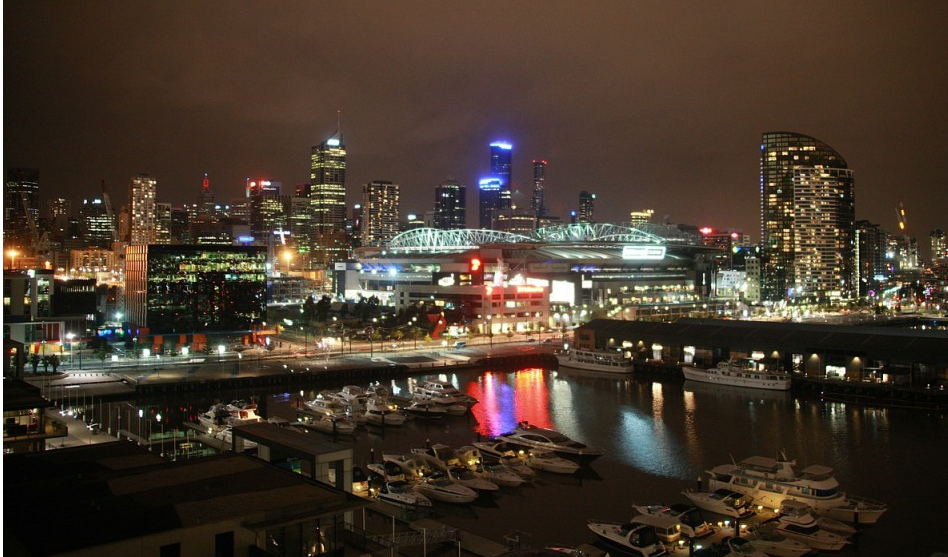 A final unexpected reason to stay, Melbourne’s fantastic social scene means you’ll make plenty of friends and maybe more. We spotted an intriguing article on Domain.com.au earlier this month, which highlighted the best suburbs to move to in Melbourne if you’re looking for a companion!

Based on the insight of KPMG demographer Bernard Salt, the piece suggested that Flemington is the place to be for guys, as there are 1.4 women to every man, while West Footscray could be the suburb of choice for females, as they are outnumbered 2.08 to one by men. This may be a light-hearted way to judge the city’s most expat-friendly locations, but if you do happen to find the love of your life Down Under, you’ll be even more determined to stay on a permanent basis.

If you’d like to stay with your partner in Australia, it’s possible for you to apply for a partner visa, such as the 309 visa, to gain residency status. We might not be cupid, but we’d hate to see you torn apart! We’ll do all we can to help you apply to stay with your new found love.

There’s much to consider when moving to Melbourne, but with our help you can achieve your dream. Whatever your reason for relocating (and there are plenty, as we’ve discussed) we’re sure you’ll love your new life in Melbourne.